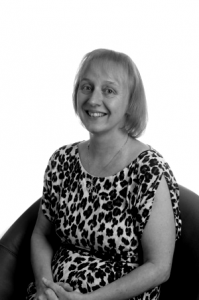 For students at UniSA, there is no more important a person in the Uni hierarchy than the Deputy Vice-Chancellor, Academic. Which is an odd statement, because few students knew much about the last VC-A, Peter Hoj – and they know even less about the new one, Joanne Wright.

The DVC-A has a broad mandate, and a lot of power within the University. They have full authority over all things study related – tutes, lectures, service provision, and fees. Wright will get to oversee the library, as well as being responsible for what the Uni calls “student experience” – everything on Uni outside of class. Put simply, for Uni students, the DVC-A is the big cheese.

Joanne Wright was poached by our Uni from the chilly shores of England. Six weeks in Australia, and she’s still as pale as a ghost, with a strong Irish accent. Working with the University of Sussex, south of London, she pushed the Uni from participant to serious challenger in the English University Ratings. That increase was mostly due to a big jump in ‘student satisfaction indicators’ – a measurement of how much students enjoyed their overall uni experience. In her office, she has a copy of the Sussex satisfaction indicators sitting on her desk – they’re her record of achievement, and it seems likely, her passport over here.

UniSA is in the process of a slow, but major, change of focus. UniLife Representatives tell UniLifeMag, the Uni is starting to consider ‘student experience’ as a major part of its service provision. Today’s student expects more than learning – they want their university to provide an experience and a lifestyle. Wright has built an enjoyable and satisfying experience for students at Sussex; UniSA seems to be hoping she can do the same for us.

She’s been given “a very clear mandate to improve the student experience” from the top down. She’s very big on student community – “why else are we here?” She asks, arms spread wide – but she’s not yet quite sure how she wants to go about building it. She did float the suggestion of “on campus halls of residence” – colleges, in our parlance. “I think it would change the student experience, probably for the better”, she says.  “It’s an issue that I’m very interested in exploring with students to see what they think. And if we have a halls of residence, then I think it would be much easier to create an all encompassing student experience.” She’s also keen to talk to the presidents of UniSA’s clubs and societies – working with them on improving the student experience, particularly the socialisation aspect.

Wright’s favoured tool is focus groups. She uses them to “unpack” general data, drill down into specivities. At UniSA, she’s planning to focus-group the whole student experience; students, she says, can expect to be questioned about more things, more often, and in more detail. According to Wright, ‘Course Evaluation Instruments’ – the online questionnaire emailed out to students at the end of their course – highlight issues, such as poor communication between lecturers and students, and poor feedback on assessment. But the resolution of the problem requires a deeper, more student-driven approach.

Without any prompting, Wright picks out costs as an area where improvements can be made. With the typical Uni student’s budget stretched so tight (especially so for international students, who pay their fees upfront), the additional costs of textbooks and materials aren’t easily borne. Wright suggests the solutiuon lies in the university recognising and adapting to the fiscal pressures of student-hood. The library might be asked to carry enough copies of a core textbook to allow students to avoid buying them; cheaper course readers might be encouraged; indeed, reading lists may be tweaked to minimise changes, so one year’s class can hand their texts on to their successors.

In summary, Wright has got a whole lot of ideas, but no concrete idea of where she wants to go as yet. She tells me, “one of the things that I would like to happen…. in 10 years time I would like all new students in the University of South Australia to put foot on campus and go wow. And I don’t understand what that wow is yet.” That’s a clear vision, but all the little details still need to be coloured in. And, to be fair, she’s only been with us a couple of months. The real test will be closer to the end of this year, when we can expect a VC who knows what she wants, and has some concrete plans on how to get it.

Art on Campus is USASA's annual student art competition. This year saw an incredible 48 entrants from a range of …

The Australian Youth Climate Coalition (AYCC) is Australia’s largest youth-run organisation. Our mission is to build a movement of young …