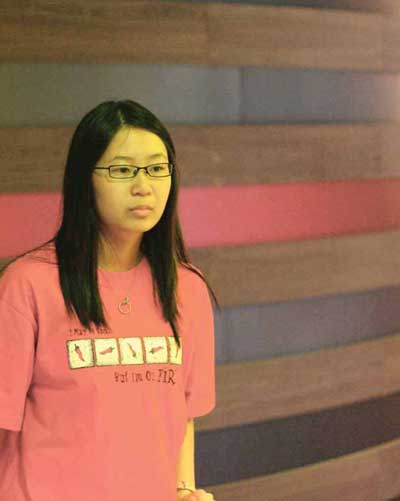 Australians use a particularly nasty, dirty form of English. Our ancestors have taken the Queen’s English, cut it with equal parts vulgarity and apathy, baked it under our harsh sun, and then called it awstrailyen. Today, we speak it hard and fast.

For UniSA’s international students – who make up half of the Uni’s enrolments – learning, understanding and speaking English is one of the most daunting challenges faced, according to one of the University’s International Consultants. According to the consultant, who works closely with international students, many are still not particularly fluent in English when they reach Australia. Worse, the speed with which Australians talk is a little overwhelming – particularly if the listener is translating from one language to another in their head.

But a group of UniSA students have recognised the problem, and are working to fix it. The University’s Global Experience program, which aims to help students understand “cultural differences”, and “communicate easily across cultures”, have begun the English Language Discussion Group.

Bonnie Luedtke, one of the student organisers, says the broad range of activities at each meeting keep the club fresh and fun – and avoid it becoming too academic.

“Conversation topics are broad and varied, with at least one student ‘facilitator’ present at each session to guide discussion by providing topics, questions and games to engage the members. In the future, the Conversation Club seeks to extend its services to encompass a broader set of activities including short excursions to cultural attractions and cultural cooking.”

Skye agrees that English isn’t easy to speak – but, she points out, neither are other languages.

“Learning and speaking any second language can be tricky at times, particularly at the beginning stages. Understanding English slang, idioms and colloquialism can be difficult for international students. With second language acquisition, speaking can be trickier than listening. It depends on how much time you commit to learning a second language. I have been trying to learn Mandarin for years and I’m still not fluent!”

The group meets at the City West Student Lounge on Mondays from 5-6pm and Fridays from 12-1pm, although there are plans to run a group at City East in the future. To get involved, just head along!

Translation from the original story published in Blak Out in Wiradjuri by Yaliilan Windl She walks toward the ochre pit. Her …

This is really a nice blog.